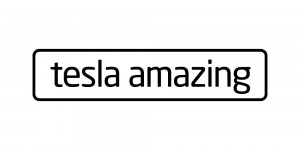 We’re willing to bet that at some point, you have stuck a sticky note to a wall, only to get frustrated when it curls up, dog ears, or falls off. Since its invention in the 1950s, adhesive paper hasn’t undergone any significant changes or innovation. That’s more than 60 years of stagnation!
Since then, we’ve been to the Moon. We’ve generated human organs in 3D printers. We’ve invented driverless cars. But in the office and at home, where we spend the vast majority of our waking lives, we still haven’t managed to invent paper that does what it’s supposed to do. This is the Digital Age. Don’t we deserve paper that’s as modern as a computer or tablet?
So Tesla Amazing came up with a mission: to give the world a new generation of paper that is truly worthy of the 21st century. Inspired by the great inventor Nikola Tesla’s experiments with static electricity, the team ran hundreds of experiments of its own.

Distributed in Hong Kong by Marknext

A Professional Development Program for Your School