is committed to the achievement of academic excellence and is characterised and enriched by its dual-language programme in Chinese and English. The mission of Chinese International School is to inspire students to a lifelong love of learning.

Hangzhou CIS is not a school, although it has an international school licence in China and it is not not a school.  It is part of the Hong Kong based Chinese International School (‘CIS’) and yet in operation enjoys considerable autonomy.  It looks a bit like a school: there are classrooms and laboratories and such like and sometimes you even see us working in them but not when the weather is fine or, as often happens, we have thought up something better to be doing with our time.
Hangzhou CIS is a boarding school that is part of a day school that is 700 miles away.  It is a campus within the campus of another school, Greentown Yuhua School, a large, independent school in Hangzhou and is yet under entirely independent management from that school.  It is a school within a school within another school.  And it is entirely its own thing.
The idea for a residential, mainland China centre was developed with, broadly speaking, two objectives.  Firstly, to further develop the dual-language mission of CIS by supporting the Mandarin Chinese development of students through a year resident in Mandarin Chinese speaking China.  It has always been a paradox of CIS in Hong Kong that it is a dual-language school working in English and Mandarin set in a community where the main spoken language, Cantonese, is neither of those languages.  For that reason, it is important that we develop a lived experience for students in which spoken Mandarin Chinese is the default in as many contexts as possible.
The second imperative is the desire to foster the kind of broadly defined psycho-social skills that are usually described by all the ‘C’ words: character, communication, creativity, collaboration, confidence, criticality, community, compassion and so on.  The opportunity seems to be there to use a residential setting, away from home, to foster these desirable skills and qualities and we were launched with the ringing sound of words like ‘experiential’, ‘transformative’ and ‘developmental’.  No pressure there.
Our innovation journey has been one of trying to find ways to further these objectives while managing the balance of our particular situation, the idealism and vision that drove the creation of the project, the often conflicting imperatives of our parent community and unavoidable realities of the lives and ambitions of our students and the inevitable complexities of being unique.  We’re now in our fourth year and we seem to be getting along OK. 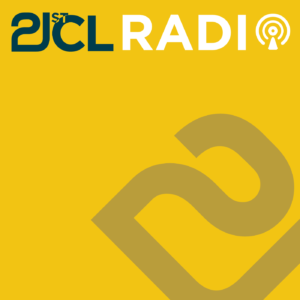 Richard Pratt, my guest today, found that the experience at Chinese International School’s Hang Zhou campus did actually created even more INTERdependence among his students. The interconnected, two-way dependence between individuals sharing a common experience.
For more interviews like this, head to 21clradio.com